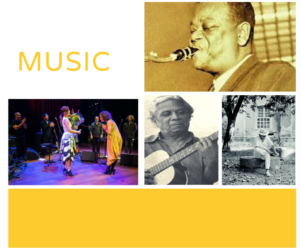 Brazil is a melting pot of cultures and rhythms. A place where children learn how to dance before they can talk. A bit different than my new home country: Holland. When we were to make the program for the first year’s of the foundation, music was a must have. After leaving the corporate world, I put my passion for Brazilian music at the center of my creative practice and curated the program and produced the shows for The Brazilian Music Series:  a concept of music and storytelling at the Bimhuis in Amsterdam. It started in 2015 with the Rio Edition, where NYE + 3 shows with Storytelling paid homage to 100 years of Samba anniversary.

At the Olympic games in Rio de Janeiro in 2016,  I managed the PR of Bossa Nova Noites, a series of 9 shows with Alexandra Jackson and Daniel Jobim, around the city’s Olympic houses and hot spots with the most brilliant international team, under assignment of It’s Next Gen Media.

On the 8th of March of 2017  the first edition of the Festival Música da Alma  (Music and Storytelling) took place in the iconic Bar Semente in Rio. It was the first chapter of The Eva Stories that I opened with the story of the White Calf Buffalo Woman.  A beautiful homage to women who write their stories on their own terms took place in the voices of many artists.

The Brazilian Music Series brought the Sounds of Brazil in 5 delightful sessions to the Bimhuis mixing the feminine voices and the finest of the instrumental scene.

In the world of music, I have worked with funding, curatorship, program making, executive production, international artists representation, PR and marketing, Storytelling.

If you want to know how we can work together: